There has been a lot of talk lately about bee removal in Orange County. Bee removal is a very interesting profession. It takes you to all sorts of different places. We do bee removal everywhere. The airport, horse tracks, schools, stadiums, convention centers, hospitals. You name it, we’ve removed bees from it. We have been performing bee removal in Orange County for over 30 years. We are licensed, bonded and insured. Everyone of our technicians has gone through a background check and extensive training to deliver the best possible service.

Honeybees are one of the world’s most important pollinators. A large portion of our diet depends on honey bee pollination. There are many insects and creatures that pollinate our crops and flowers. Honeybees are the only ones suited to keep domestically on a large scale. This makes them important for orchards and farmers. 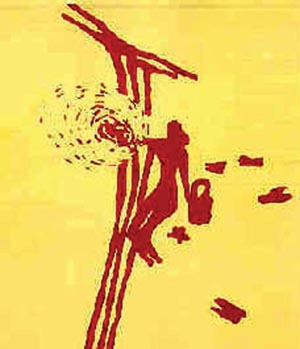 The honey seeking Man of Bicorp, Arafla Cave at Bicorp
near Valencia, Spain. 6000BCE to 10,000BCE