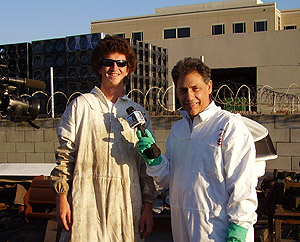 You have reached the homepage of Bee Busters, a Professional bee, wasp and yellow jacket Removal company based in and serving Orange County, California for over 25 years. Our goal is to provide you with the proper education about bees, wasps and yellow jackets so that you are better informed about your circumstances. Bee Busters has been featured in many shows and on the news many times. We provide top of the line Orange County bee removal service at great competitive rates. When you need a orange county bee removal expert, who ya gonna call?

Bee Busters responds to emergencies all the time. We work for most of the Fire and Police Departments, as well as local and County municipalities. We recently responded to a bee stinging incident in Costa Mesa. Take a look Costa Mesa Bee Emergency.

Bee Busters in the OC Weekly

Keeping bees in the city? 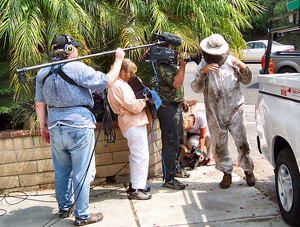 Many other articles and interviews including Discovery Channel and CNN have been published over the last several decades.